By Helen A. Cowan. John Godfrey of Worcestershire, England, joined the Mormon Church in 1847 at the age of 22. After much persecution from the community, John Godfrey, his wife Ann, also of Worcester, and his eight children sailed from England to America on May 14, 1862. Godfrey and his family crossed the plains in Henry W.Miller’s Company and arrived in Salt Lake on October 10, 1862. They originally settled in the town of Mendon, and made a permanent home in Clarkston, Utah. John Godfrey was not a financier and died a poor man as far as worldly goods are concerned, but he left his family, his testimony and never waved in his steadfastness in the church. This comes as two books, Part 1 and Part 2. Original and copy are on 8.5″ x 11″, double sided. 1980, 723 pp

We have been printing family histories for over 50 years. We have an office copy of most of those books and can make a copy for you. We then bind it with your choice of binding.  We have four options, coil binding is the most popular, hard binding is the best but it takes three weeks to print and bind your copy, our soft cover is a staple and tape binding, and the last option is to have a PDF copy on a CD (the PDF is a scanned image of the printed pages of the original book).

There are no reviews yet.

This site uses Akismet to reduce spam. Learn how your comment data is processed. 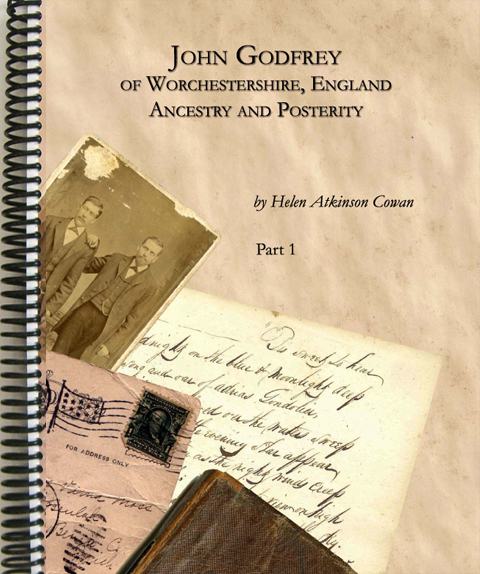